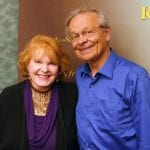 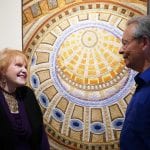 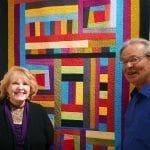 A successful book tour in California and New Mexico included an interview for PBS that played throughout the state as well as an NPR interview that was broadcast nationally.

Hosted by veteran journalist & interviewer, Lorene Mills, Report from Santa Fe brings the very best of the esteemed, beloved, controversial, famous & emergent minds and voices of the day to a weekly audience that spans the state of New Mexico. During nearly 40 years on the air, Report from Santa Fe has given viewers a unique opportunity to become part of a series of remarkable conversations.

Photograph Source: Ittmust – CC BY 2.0 No one in the mainstream media takes better dictation than David Ignatius, the leading columnist at the Washington Post on international security.  Ignatius gets briefings from the Central Intelligence Agency and immediately prepares a column echoing the CIA’s case for aiding a Ukrainian insurgency in response to any Russian invasion. …

Bill Clinton’s Role in the Crisis Over Ukraine

Originally posed on CounterPunch The militarization of American foreign policy has evolved over the past thirty years. Ironically, this took place in the wake of the dissolution of the Soviet Union, which should have led to reassessing U.S. national security policy and defense spending.  Democratic presidents have played a major role in this militarization because…